You are currently viewing the past event. To check the details of Boeing - IIT National Aeromodelling Competition 2019-20

Boeing - IIT National Aeromodelling Competition for college students in India is sponsored by Boeing, and conducted in collaboration with IIT Bombay, IIT Delhi, IIT Kanpur, IIT Kharagpur and IIT Madras. Logistics support for this event is provided by AerotriX.

The competition is launched with the vision to provide a unified national platform for students interested in aerospace and related engineering disciplines - to demonstrate their aero-modeling expertise.

This would be a two-staged pan India Competition:

Evaluation will be carried out in two rounds for the Zonals; a qualifier round and a maneuver round. The evaluation criteria and the constraints are listed in the Problem statement. Teams qualifying to the Maneuver round in the Zonals will be reimbursed a limited amount for the costs incurred towards the expenses for procuring materials for their models.

The competition criteria for the Finals will be declared soon.

Along with the competition, Boeing will also be sponsoring aero-modeling workshops to be conducted by the respective IITs. This will act as an additional platform where students who are interested in designing and building RC gliders, can get hands on experience in designing and building them. The dates for the workshops will be announced separately.

Format of the Competition

The competition requires the participants to design and fabricate a RC Plane (no Readymade Planes are allowed) and perform a set of maneuvers. Propellers, Motors, ESC, Servos, Receiver and Transmitter are allowed as off-the-shelf items.

The zonal events will be conducted in 4 IITs (East Zone: IIT Kharagpur, West Zone – IIT Bombay, North Zone – IIT Kanpur and South Zone – IIT Madras). Participants can register at any of the four zonal competitions and bring their aircraft and all necessary equipment to participate. The arena will be an open ground. There will be two rounds in the competition.

The best measure of the design of an aircraft can be done by climb and gliding time. In this round, participants are required to make their aircraft to climb for 20 seconds. After this, they need to perform a dead stick flight (throttle=0 or Gliding) and land at a specified location. The plane however can be maneuvered while it is gliding.

The teams will be graded based on the glide time of the aircraft.

A maximum of upto 30 teams, based on the glide time, will qualify to Maneuver Round from the Qualifier Round. Along with qualification to next round, qualifying teams will get a reimbursement of INR 5000 per team towards material costs for their models.

The Arena consists of 2 gates - "Gate 1" and "Gate 2" and 4 concentric circles after each gate that form a target for Object Dropping. Both the gates have a horizontal bar at 5 meters height from the ground. Each gate would have enough space for planes to pass through, yet only the skills of the pilot can guarantee a swift maneuver. Both the gates will be at 40 meters from the Take Off / Landing Zone and are symmetrically positioned from the Take Off/Landing Zone. (For a better understanding of the arena, refer to the illustrations on the right).

Steps of the Maneuver

Points for Object Dropping will be awarded according to the following table.

A maximum time of 4 minutes will be given between the first take off and the final landing. Any further instructions would be given before the competition, on the spot.

Scoring Guidelines for Maneuver Round


If there is a tie, winner will be decided by a separate round framed by the Judges on the spot. Judges' decisions would be considered final in all cases.

General Guidelines for Maneuver Round

Any revisions to the Scope of the Competition would be intimated to all the participants via registered email and on the websites of the respective festivals at-least 45 days before the event takes place.

General Guidelines for the Competition 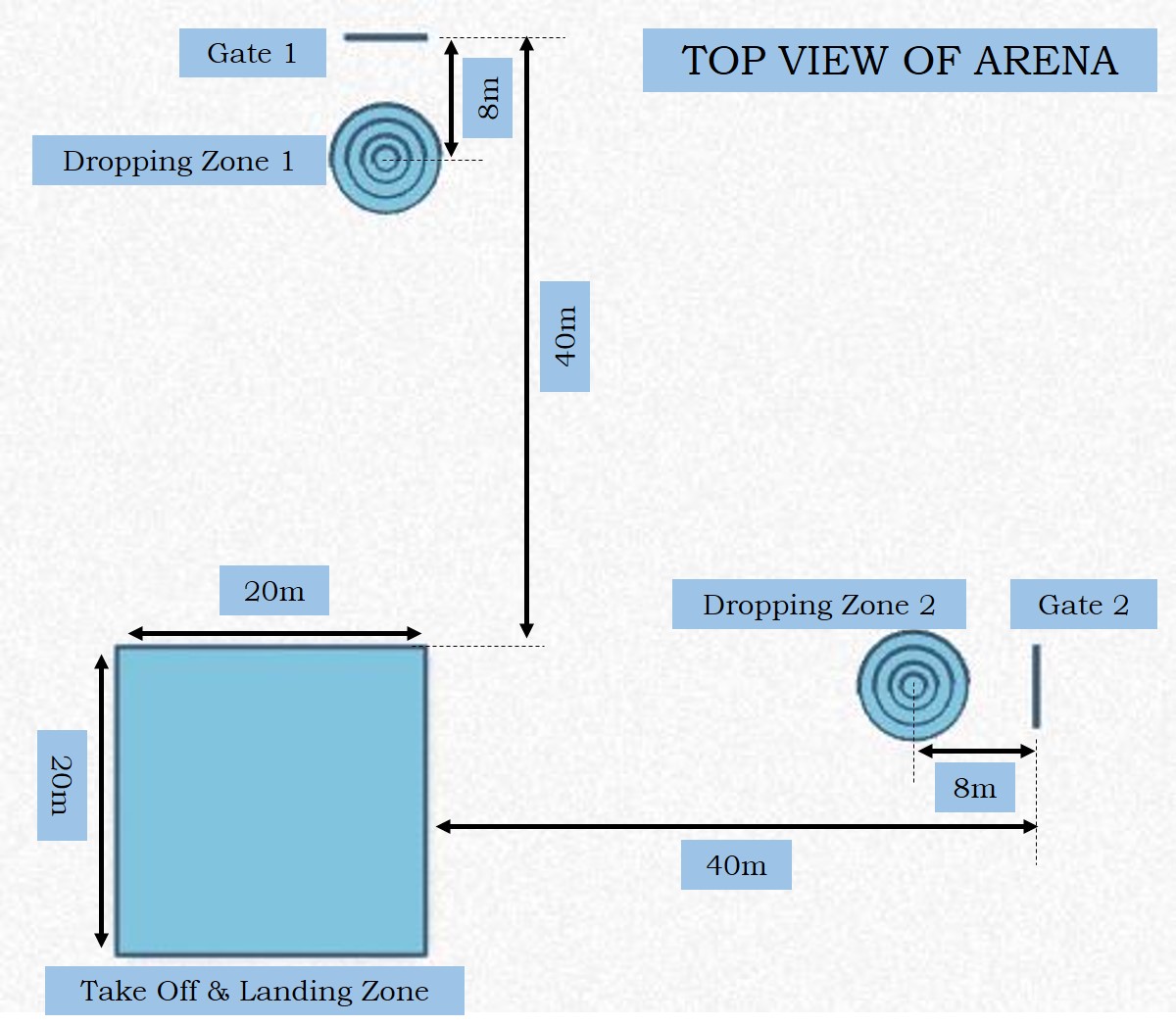 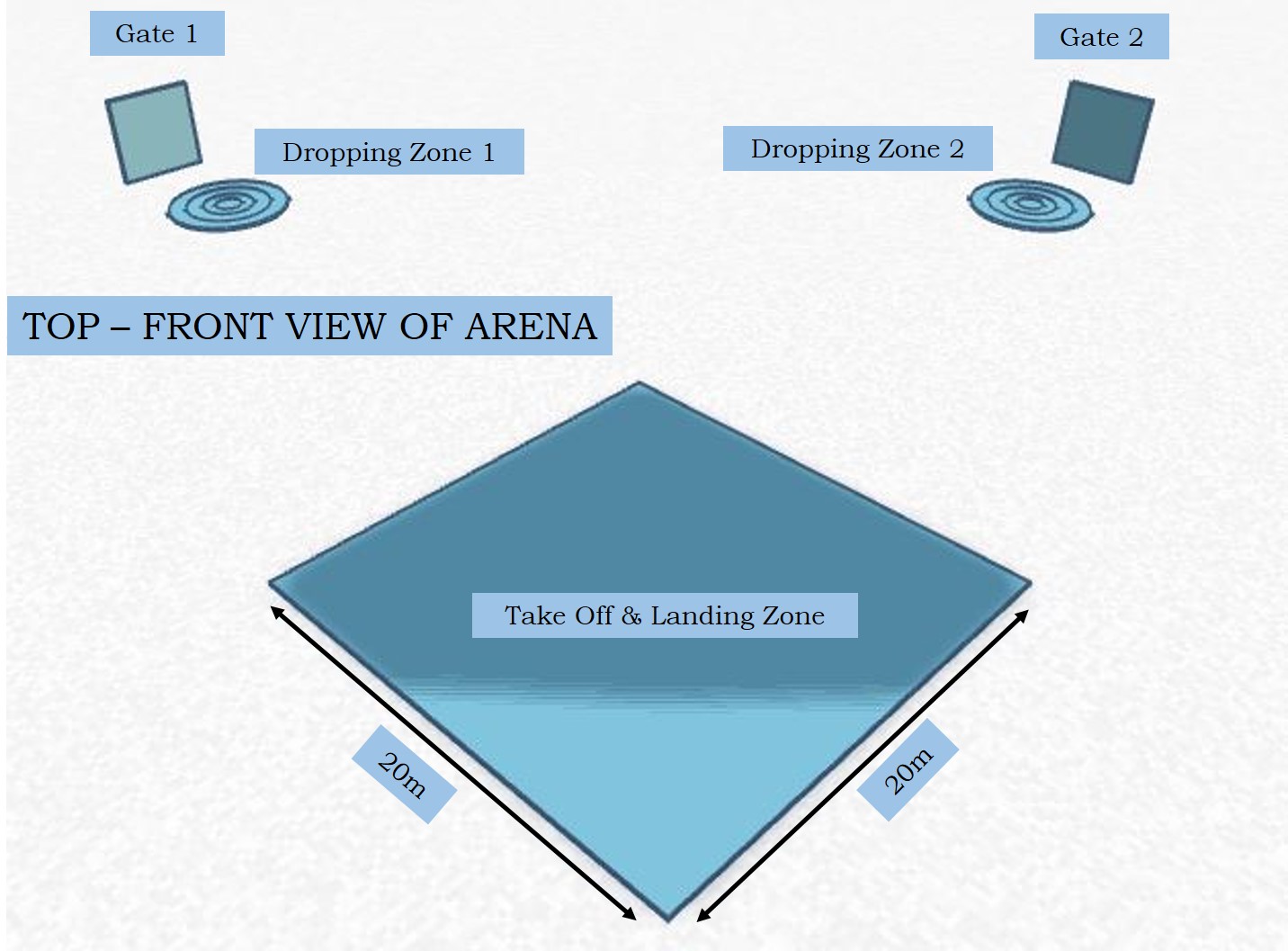 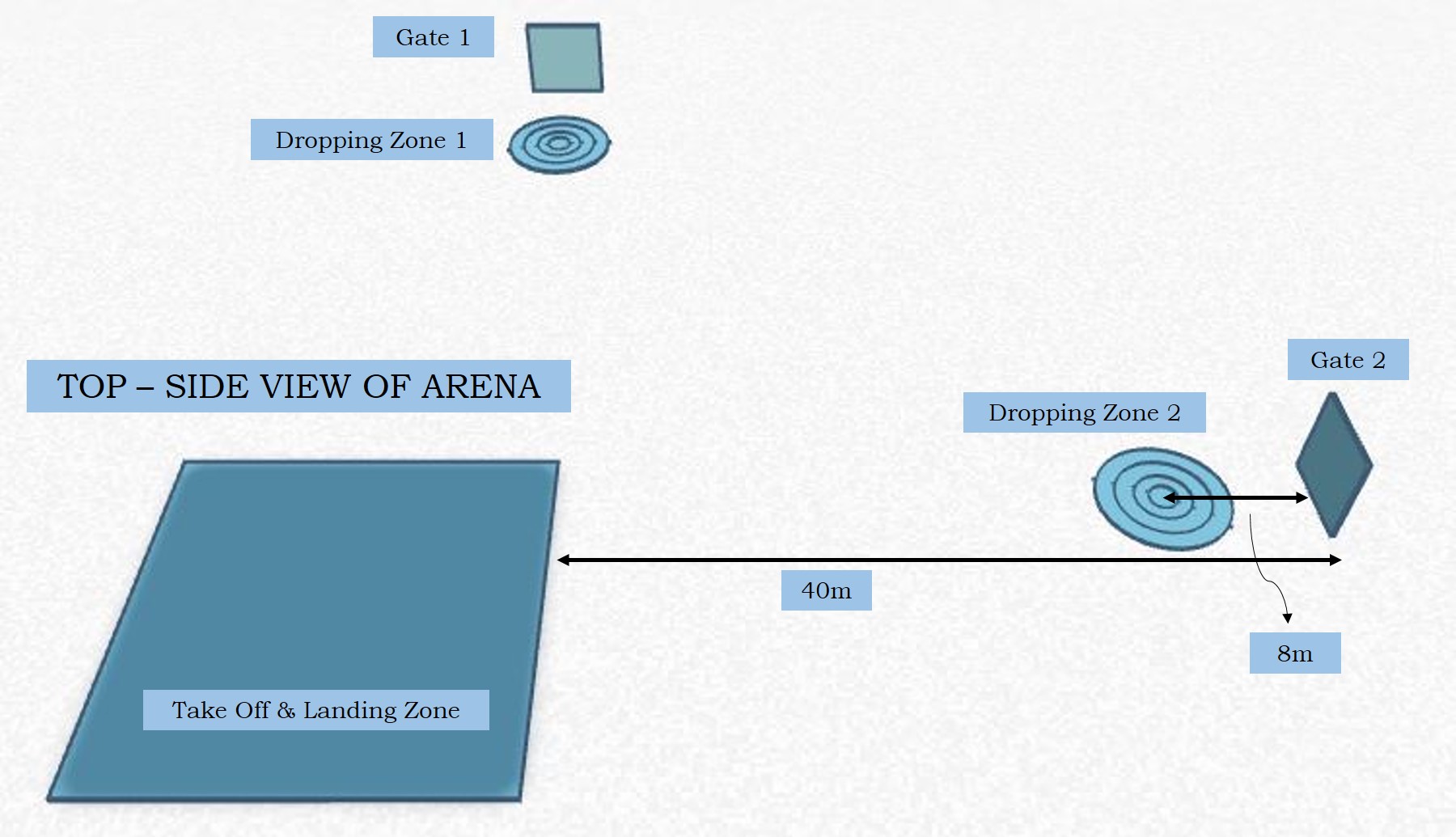 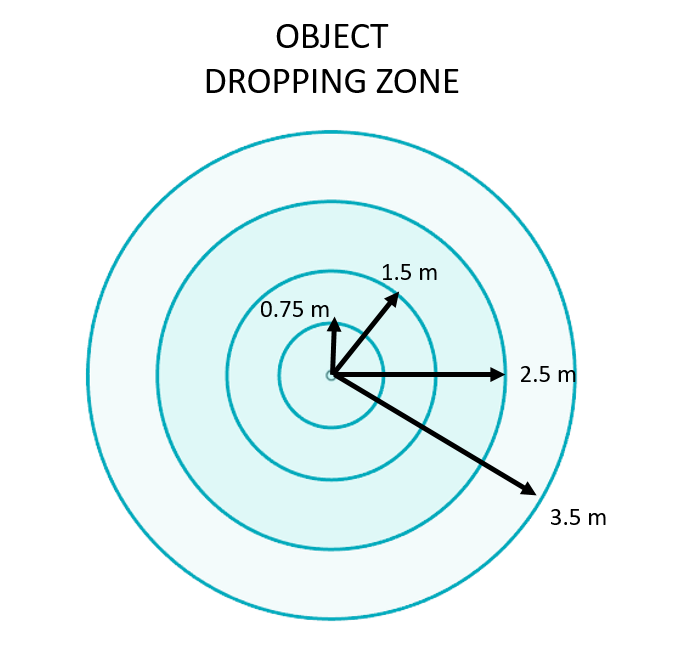